Where Are You on the Router Disaggregation Spectrum? - www.infinera.com
×
×
About Us / Newsroom / Blog

Where Are You on the Router Disaggregation Spectrum? 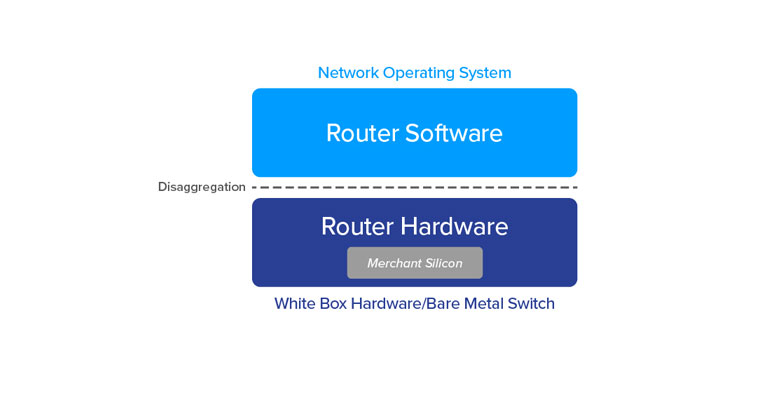 At its most basic level, disaggregated routing separates the router software and hardware, as shown in Figure 1. The hardware becomes a white box based on merchant silicon, also known as a bare metal switch. The software becomes a network operating system (NOS). And while the hardware and NOS can now come from different vendors, you cannot just take any white box and load any NOS. 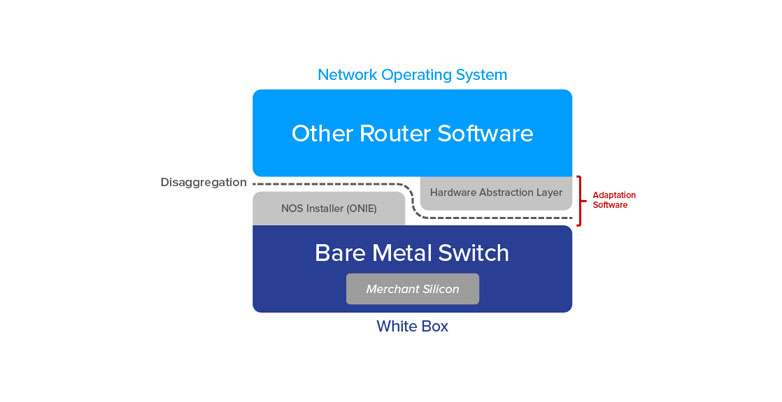 Software is needed to adapt the NOS to the specific white box and its merchant silicon, as shown in Figure 2. This software comprises two elements, the first being software that comes on the white box to load the NOS. Here, Open Network Install Environment (ONIE) provides an open environment for installing a compliant NOS onto third-party white box hardware and is fast becoming a de facto standard. A hardware abstraction layer in the NOS that adapts it to run on the specific merchant silicon in the white box is the second element. 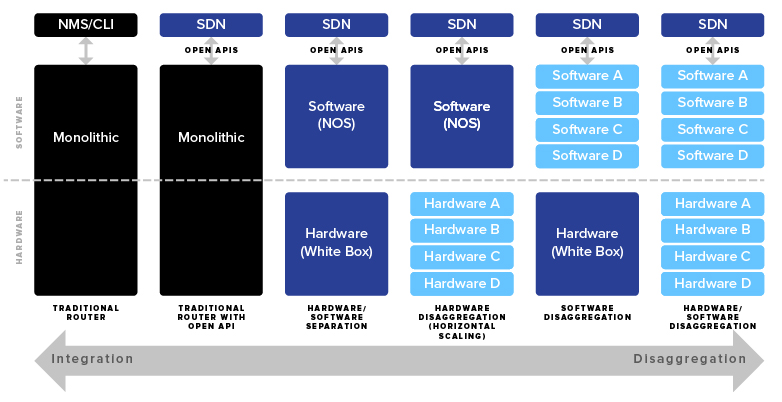 However, disaggregation is not binary but rather exists on a spectrum, as shown in Figure 3.

A first step from traditional routers with command line interface-based configuration and/or network management system-based management is the transition to software-defined networking (SDN) and an open application programming interface (API) based on NETCONF, lowering operational expenditure, increasing programmability, and providing the option to disaggregate some control plane functionality from the network element to the SDN controller/orchestrator.

Beyond the basic separation of software and hardware, the different hardware elements of a chassis-based router can also be disaggregated to enable “horizontal scaling.” Coming from the data center world, horizontal scaling means scaling by adding more “machines,” or in this case white boxes, as opposed to “vertical scaling,” which involves upgrading the power of existing machines.

Another possibility, shown in Figure 6, is to disaggregate the NOS itself, breaking it into specific functional blocks with open APIs between blocks. These blocks could include applications, routing protocols, data plane forwarding, hardware abstraction, management and control, and the base operating system kernel. This would enable a network operator that wants to develop an innovative application or routing protocol the ability to do so without building the complete NOS from scratch. However, leveraging this form of NOS disaggregation requires significant expertise, and is likely to remain a niche use case confined only to the largest and most adventurous network operators. 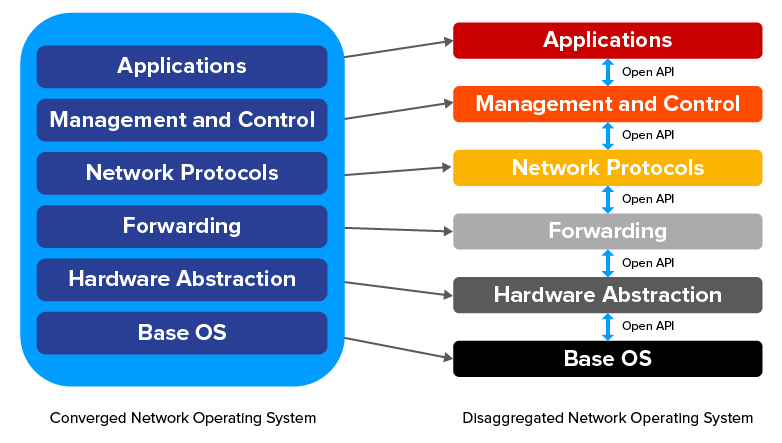 For more information on this important topic, see the new Infinera white paper, “The Case for Disaggregated Routing in 5G and DAA Transport Networks.”