Maximizing 800G Performance: The Power of Three - www.infinera.com
×
×
About Us / Newsroom / Blog

Back in July of this year, I presented a Lightwave webinar on the What, How, and Why of 800G Generation Optical Engine Performance. In my first blog related to this webinar, Baud Rates and 800 Gb/s: Every Little Bit Helps (A Lot), I looked at the surprising relationship between baud rate and reach at 800 Gb/s, with a small increase in the baud rate having a disproportionate reach benefit. In a second blog, What the Heck Are “Modem SNR” and “Holistic Co-design”?, I explained the role of modem signal-to-noise ratio (SNR), the noise generated inside the optical engine, and described how holistic co-design of the optical engine’s components and packaging are key to maximizing modem SNR. In this third blog, I will attempt to explain how the baud rate and modem SNR, together with innovative features, enable 800G generation optical engines such as ICE6 to maximize performance.

What Is Optical Performance? And Why Does It Matter?

There is no one definition of optical performance, and different parameters can be more or less important depending on the application, as shown in Table 1. Perhaps the most common parameter used to compare optical engines both within the same generation and between generations is wavelength capacity-reach. This means, for a given wavelength capacity, how far the wavelength can travel before reaching its post-forward error correction (FEC) effort-free limit and thus requiring termination or regeneration. This directly impacts optical network CapEx in terms of the number of coherent interfaces that are required and therefore the cost per bit. If optical engine A can deliver 800 Gb/s at the same distance compared to 400 Gb/s for optical engine B, then the cost per bit is reduced by 50%. Using fewer wavelengths/interfaces also provides a significant OpEx benefit, not just in terms of lower power consumption and smaller footprint, but also in terms of the operational costs of installation, provisioning, and management.

A second performance parameter is ROADM cascadeability. Passing through multiple ROADMs can have a more significant impact on reach than the actual distance itself, due to filter narrowing in the wavelength selective switches (WSSs) and the amplified spontaneous emission (ASE) noise added when amplifying the wavelength to compensate for losses inside the ROADM due to the WSSs, splitters, filters, etc. In metro networks, this can be the most important parameter, with these wavelengths passing through up to 15+ ROADMs in North America and up to 10+ ROADMs in Europe.

A third performance parameter is spectral efficiency. This can be especially important in long-haul networks, submarine networks, and other scenarios where the cost to acquire and light additional fiber is high, or where fiber availability is limited. Spectral efficiency defines how much effective data or transmission capacity can be achieved for a given amount of spectrum on a fiber or fiber pair. Spectral efficiency is a function itself of three things: the number of bits per symbol that a given modulation scheme can achieve for a given reach, the amount of overhead ,or in other words, how many of the bits are utilized for non-data payload transmission (like bits used in FEC), and how tightly the wavelengths can be squeezed together. Additional optical performance parameters that you may hear include transmit power, state-of-polarization rotation (i.e., lightning) tolerance, and out-of-band noise. 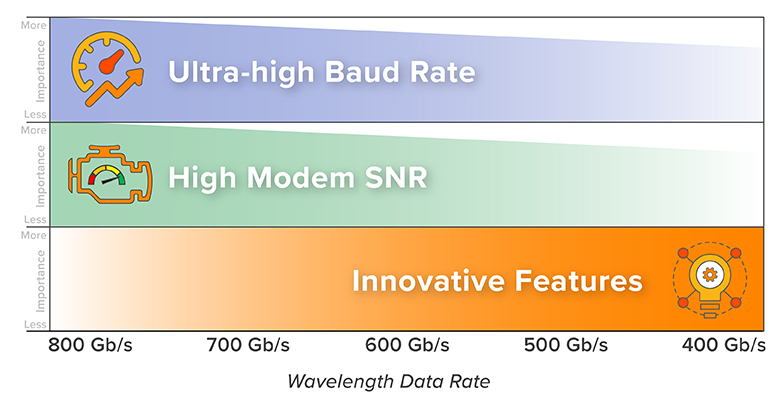 Figure 1: The relative importance of performance enablers with data rate

However, as shown in Figure 1, the relative importance of these enablers can vary with the data rate and reach. At 800 Gb/s all three are critically important for maximum performance. However, at lower data rates with a higher tolerance to noise, high modem SNR becomes a little less critical. Likewise with fewer bits per symbol at lower data rates, the benefit of each extra Gbaud has a smaller benefit, as explained in my first blog.

What Performance Will I Really Get from Infinera’s ICE6 Optical Engine?

In terms of ROADM cascadeability, ICE6 can support 20+ ROADM spans at 400 Gb/s with 100 GHz channel spacing. ICE6 has also demonstrated record-breaking submarine spectral efficiency over the MAREA cable, leveraging the programmability of ICE6 to maximize spectral efficiency by using multiple modes to reflect the varying performance in different parts of the fiber’s C-band spectrum. 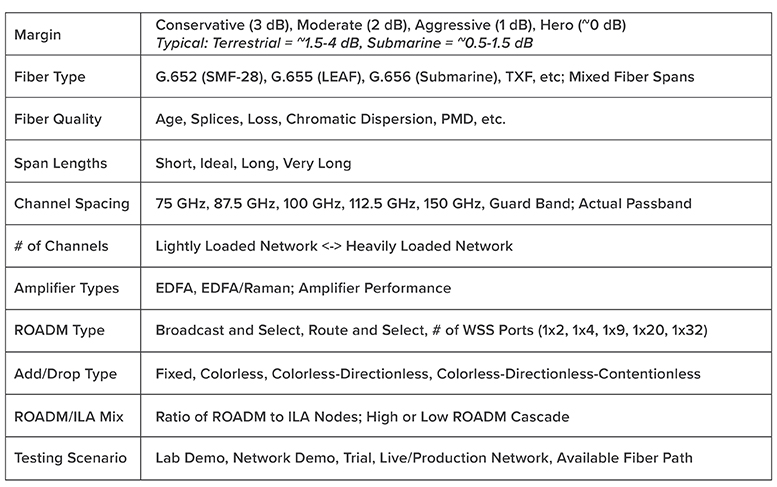 However, real-world performance is a function of both the optical engine and external penalties that accumulate along the wavelength’s path, such as the noise generated in the amplifiers (i.e., OSNR), nonlinear penalties such as cross-phase modulation (XPM) and self-phase modulation (SPM), and penalties due to the limited passband of any individual WSS/filter and the filter narrowing effect that occurs due to WSS/filter cascade. Real-world optical engine performance will therefore be subject to many factors, including those listed in Table 2.

So, to summarize, optical performance is more than just wavelength capacity-reach. It is also about ROADM cascadeability and spectral efficiency, with the relative importance of each parameter varying with the use case. High baud rates, innovative features. and high modem SNR are the key performance enablers, with an ultra-high baud rate and high modem SNR being especially important for maximizing reach at 800 Gb/s. Together they can enable incredible performance, though actual, real-world performance will also depend on a large number of factors.  To learn more about this important topic, download the Infinera white paper “Maximizing the Capacity-Reach of 800G Generation Coherent: Baud Rates, Features, and Modem SNR.”

What the Heck Are “Modem SNR” and “Holistic Co-design”?