December 1, 2022
By Teresa Monteiro
Director of Solutions, Software and Automation

Open networking is a broad term, with various definitions and interpretations, but they all pivot around the concepts of multi-vendor interoperability and open standards. Open networking has been inspired by open computing systems, one of the first traditionally closed environments to adopt the paradigm of combining hardware components and software applications from a variety of suppliers and successfully and extensively deploy them.

The open framework has had a very significant impact on IT, widening the choice of suppliers and streamlining operations – from implementation to management, delivery, and support of IT services. It is no wonder that network operators would like to adopt the same approach in telecommunications and be able to install and operate their network elements just like IT equipment.

Focusing specifically on the optical networking domain, the simplest implementation of open optical networking is to disaggregate Layer 1 and Layer 0 and deploy optical signals generated by open transponders from one or multiple vendors over an open line system from a different vendor, as shown in Figure 1.

This is often known as alien wavelength operation, a terminology that dates from 2004, when optical systems were pretty much closed and all elements within the optical domain were typically provided and managed by a single vendor. This open optical networking approach is consistent with the partially disaggregated architecture for open optical networks proposed by the Telecom Infra Project’s (TIP) Open Optical Packet Transport (OOPT) project group.

But open networking requires more than physical interoperability between hardware devices. It also requires an open control system that is able to interface all the elements in the network, understand their topology and connectivity, and manage the network and services from end to end in a seamless manner. From the network operator point of view, the experience should not be any different from one that is offered by a closed network, while enabling a best-of-breed procurement strategy that avoids dependence on a single vendor.

With this in mind, the TIP OOPT Mandatory Use Cases for SDN Transport (MUST) subgroup was born approximately 18 months ago, the joint work of some of the largest and most influential network operators worldwide, including Telia Company, Vodafone, Telefónica, Orange, Deutsche Telekom, MTN, China Mobile, TIM, and Turkcell, and more recently Colt and Airtel, who are determined to accelerate the adoption of open transport.

Regarding open optical networks, the TIP MUST target architecture specifies that optical controllers implement standard vendor-agnostic southbound interfaces based on NETCONF/YANG. OpenConfig data models have been selected by TIP OOPT MUST for management of open optical transponders. OpenConfig is an industry organization that has defined vendor-agnostic data models for a variety of networking use cases, including comprehensive support for optical terminals’ device configuration.

In its mission to foster the development and deployment of open telecommunications solutions, TIP has established a badge-based framework to demonstrate the compliance and interoperability of products and solutions against the technical requirements and key use cases identified by its projects and subgroups.

TIP OOPT MUST has just recently initiated its badge evaluation processes, and Infinera is very proud that our GX G42 compact modular platform is among the very first open solutions to be awarded a TIP Bronze Badge!

The G42 is part of Infinera’s GX Series, a range of compact modular platforms designed and optimized from the ground up for open, multi-vendor network environments and that offer superior optical performance at up to 800G per wavelength. The GX G42’s OpenConfig interfaces, enabled by the GX Series Converged OS, ensure easy and seamless integration, operationalization, and management of these transponders over any open third-party line system.

TIP’s badge validates the GX Series’ compliance to the open and standard API requirements defined by TIP OOPT MUST and is a testimony to Infinera’s endorsement of open networking frameworks, positioning GX as a suitable open terminal solution to deploy in open and disaggregated optical network environments.

Infinera’s GX Series has a track record of open deployments, and we are proud to collaborate with TIP. TIP OOPT MUST is in the process of establishing multi-vendor test environments to validate products and solutions against specifications. As discussed recently at the FYUZ 2022 conference in Madrid, testing and validating disaggregated solutions with TIP helps vendors gain recognition for their solutions and helps operators to deploy mature and proven open solutions. But the importance of interoperability testing goes far beyond requirement and solution validation – it also brings together an ecosystem of technology partners (customers, system integrators, vendors), fosters industry cooperation, and accumulates experience in the new ways open networks can be deployed and operated, ultimately increasing overall industry confidence in open networking. Together we can make open optical networking ubiquitous and realize the vision of IT-like network simplicity. 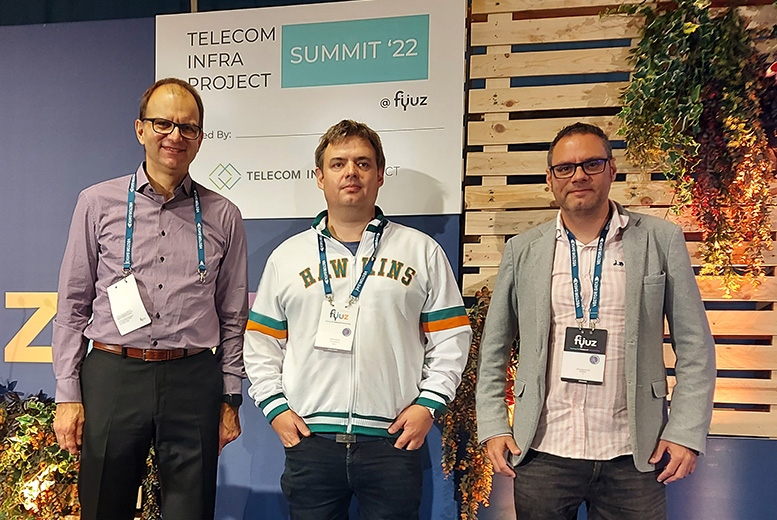