Is Your ROADM Ready for Next-generation Coherent? 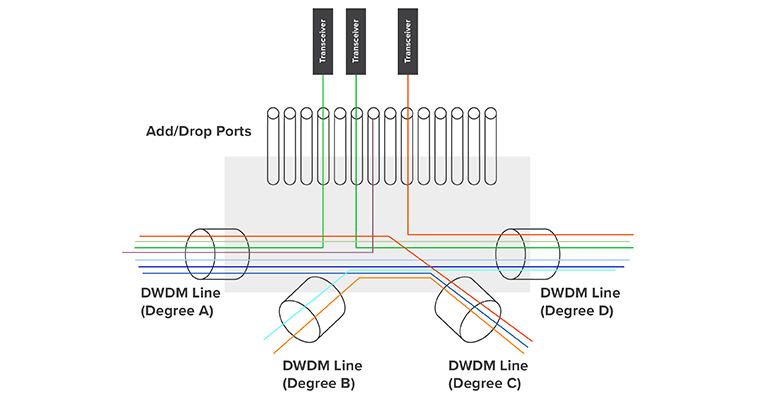 Reconfigurable optical add/drop multiplexers (ROADMs) have become a workhorse of optical transport networks. As shown in Figure 1, they can be used to switch wavelengths from one DWDM line port (ROADM degree) to another. Add/drop ports are also used to connect wavelengths from DWDM transceivers (transponders, muxponders, DWDM pluggables in a router, etc.) to particular ROADM degrees. ROADMs also come in many varieties, as shown in Table 1. 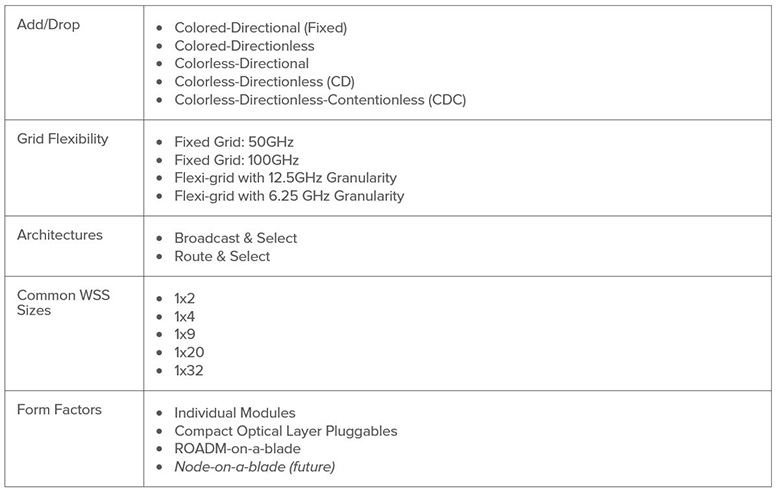 Table 1: The different varieties of ROADM

Meanwhile, the wavelengths that are carried over the ROADM network have undergone a number of evolutions – first from direct detect (2.5G/10G) to coherent (first 40G, then 100G), and most recently to coherent digital signal processing based on 7-nm CMOS technology. 7 nm has enabled higher baud rates, advanced modulation, and the option of 400 Gb/s in pluggable form factors. 7 nm-enabled 400 Gb/s coherent pluggable options include 400ZR, 400ZR+ based on Open ROADM MSA or OpenZR+ standards, and XR optics, with QSFP-DD, OSFP, or CFP2 form factors. 7-nm embedded optical engines, such as Infinera’s ICE6, can deliver up to 800 Gb/s per wavelength and provide advanced features such as probabilistic constellation shaping and Nyquist subcarriers. However, harnessing the value of next-generation coherent technology requires compatibility with the optical line system. Here are my top four considerations for ROADM compatibility:

1. Will the wavelength fit? 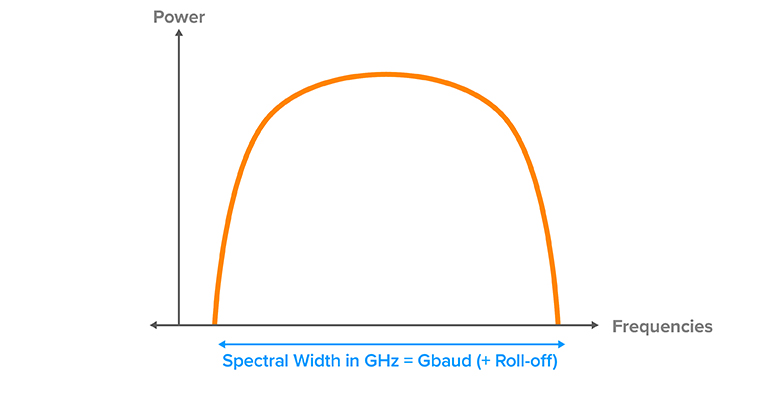 Another consideration is filter narrowing. A typical 50 GHz WSS has a passband of around 46 GHz per channel. However, any differences in width, center wavelength, or shape of the passband will cause the effective passband to shrink. After only 10 WSSs (e.g., a colored/directional add, four route-and-select ROADMs, and a colored/directional drop), the effective passband would be reduced by around 10 GHz to around 36 GHz, as shown in Figure 4, limiting the baud rate to around 33 Gbaud.

Limited by PM-16QAM modulation, in order to deliver a data rate of 400 Gb/s, 400G coherent pluggables require a symbol rate of at least 60 Gbaud and therefore need a passband of more than 60 GHz. An Open ROADM MSA-compatible 400G pluggable operating at 63.1 Gbaud will typically need at least 87.5 GHz in a mesh ROADM network. For 100 GHz/50 GHz fixed grid compatibility, XR optics can adapt the number of subcarriers to fit the available passband, while some 400ZR+ pluggables support a lower baud rate option at around 30 Gbaud that can deliver either 100 Gb/s (PM-QPSK) or 200 Gb/s (PM-16QAM).

Even with the higher-order modulation (i.e., PM-64QAM) available to embedded optical engines, 400 Gb/s requires at least 42 Gbaud, making it incompatible with legacy fixed-grid ROADMs after filter narrowing. With a tight roll-off and ultra-high baud rate, Infinera’s ICE6 offers modes that can deliver 800 Gb/s with either 100 GHz or 112.5 GHz channels. In addition, the tuneable baud rate of ICE6 (32-96 Gbaud) enables it to support scenarios where a lower baud rate, and therefore narrower spectral width, is required.

Support for higher baud rates therefore requires flexible-grid ROADMs with 12.5 GHz, or even 6.25 GHz, granularity, and ideally with the ability to control both the width and center frequency of each channel. Add/drop options include gridless/colorless (colorless-directional, colorless-directionless, or CDC) or fixed (colored-directional) with wide passband filters. The latest wide passband filters optimized for high-baud-rate wavelengths (75 GHz, 100 GHz, or 112.5 GHz grid) can even support an overlapping passband 10% larger than the channel spacing (i.e., 110 GHz on a 100 GHz grid).

2. Will the transceiver have enough transmit power?

As discussed in a previous blog, “Go Big or Go Home?”, 400G coherent QSFP-DDs typically have low transmit (TX) power in the -10 to -5 dBm range, especially if based on silicon photonics. The larger CFP2 form factor has space for a micro EDFA that can enable higher transmit power of between -5 and 0 dBm. Coherent pluggable transceivers that leverage indium phosphide, such as Infinera’s ICE-XR, can include a semiconductor optical amplifier (SOA) to enable TX power of up to 0 dBm, even in a compact QSFP-DD form factor. ROADMs typically require per-wavelength receive power of around 0 dBm, so most QSFP-DDs and even some CFP2s with low TX power may require extra amplification for compatibility. Embedded optical engines typically have even higher TX power. For example, Infinera’s ICE6 supports up to 9 dBm, ensuring compatibility with the widest range of long-haul ROADM systems.

3. Is the out-of-band noise low enough for colorless add/drop?

The various flavors of colorless add/drop, shown previously in Table 1, can enable simplified installation, faster provisioning, optical restoration, network defragmentation, and service assurance. To keep colorless add/drop cost-effective, modern ROADMs leverage the ability of coherent receivers to receive multiple channels and tune only to the required channel. As discussed in the “Go Big or Go Home?” blog, a tuneable optical filter (TOF) in the coherent transceiver is required to prevent the out-of-band noise from accumulating. Without a TOF, which cannot fit in the smaller QSFP-DD form factor, colorless add/drop becomes very challenging and will at best reduce the number of coherent transceivers that can be supported per add/drop unit. That said, XR optics pluggables that leverage indium phosphide photonics, such as Infinera’s ICE-XR, can provide CFP2-like out-of-band noise performance in a QSFP-DD.

4. Will the new wavelength interfere with any of my existing wavelengths?

A final consideration, though not directly related to ROADM compatibility, is whether the new wavelengths will interfere with the existing wavelengths, reducing their performance (and/or vice versa). This could be due to spectral overlap between adjacent channels, known as inter-channel interference (ICI), or through cross-phase modulation (XPM), where the power of one wavelength changes the refractive index of the fiber, which in turn alters the phase of other, typically nearby, channels. Options to address this interference include guard bands and careful management of wavelength power levels.

So to summarize, if you have legacy fixed-grid (100 GHz or 50 GHz) ROADMs and want to be sure that your optical line system will be able to support next-generation coherent wavelengths with higher baud rates, then now might be the time to consider upgrading to flexible-grid ROADM with a flavor of colorless add/drop or fixed add/drop with wide passband filters. Features including low filter narrowing (i.e., high cascadability), high-performance amplification, and advanced link control software will also help to maximize capacity-reach of next-generation coherent transceivers, with corresponding total cost of ownership (TCO) benefits.