Today, we’re witnessing the evolution of the compact modular optical platform and its resulting disruption to the entire optical industry: significantly lowering operating costs like footprint and power consumption while offering plug-and-play modularity and advanced automation and programmability.

According to industry analysts, the compact modular market is the fastest-growing segment in the optical industry, with year-over-year average growth of 24% forecasted between 2018 and 2023.

A Star Was Born

This isn’t a reference to the Hollywood box office hit – it all started with Infinera’s introduction of the Cloud Xpress, the industry’s first Ethernet appliance built from the ground up around internet content providers’ (ICP) need to interconnect data centers, also known as data center interconnect (DCI) applications. In addition to creating a whole new product category in the optical industry, the introduction of this first generation of compact modular triggered industry-wide development of such platforms.

The introduction of the “sled” concept was a major industry milestone – in it, modules (sleds) can be used like Lego blocks to quickly, easily, and cost-effectively build any optical configuration in a “compact” and “modular” form factor in a multi-vendor environment, thus raising optical networking flexibility to a whole new level.

Moreover, one of the key benefits of the sled form factor is to accelerate technology innovation, reflected in the fact that the Groove G30 was among the first platforms in the industry to offer 600G per wavelength in a compact sled form factor, significantly more bandwidth over longer distances, and lower power consumption, thus further reducing total cost of ownership.

With significantly better economics and compelling benefits, compact modular platforms have quickly gained adoption momentum with all types of network operators beyond ICPs, including communication service providers (CSPs), cable operators/MSOs, submarine network operators, research and education network operators, and many others in a wide variety of applications.

However, full adoption and wider deployment of compact modular platforms by CSPs require some key “carrier-grade” features, such as NEBS Level 3 compliance, redundant controllers, and the ability to manage multiple chassis as a single network element, among others.

After introducing the first- and second-generation platforms,  Infinera is pushing the boundaries for compact modular optical platforms once again with the introduction of our third-generation solution to further accelerate adoption by network operators of all types and widen application scope from metro to submarine. 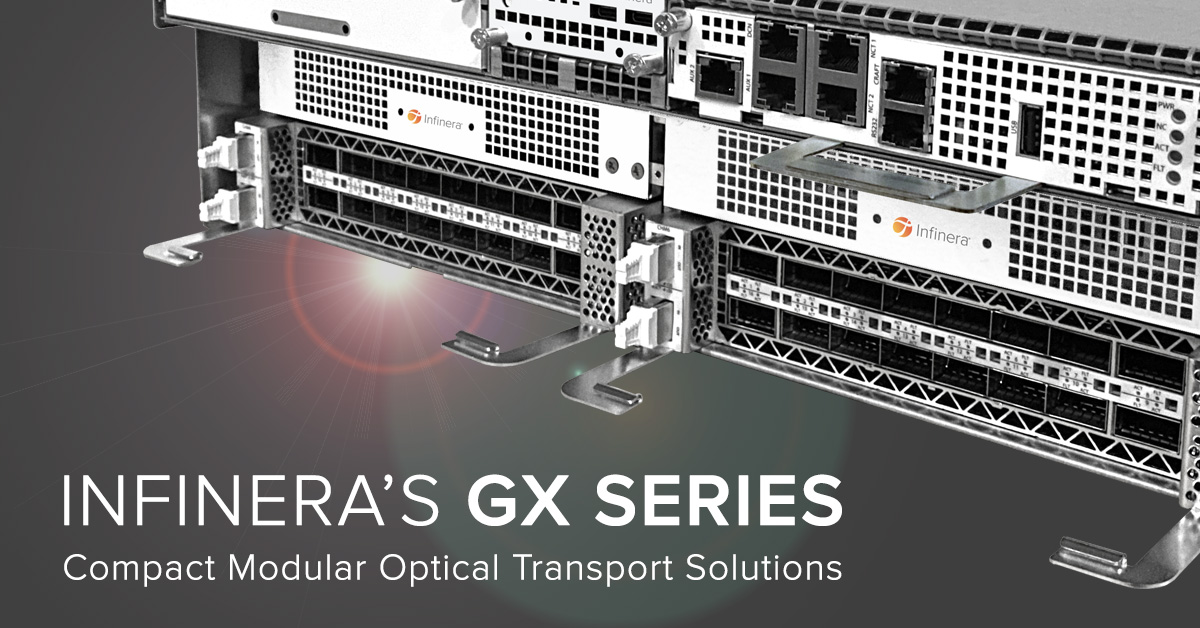 The evolutions in Infinera’s third-generation compact modular platforms can be summarized as follows:

The sled-based architecture continues to redefine network economics, enhance flexibility, and increase scalability. Infinera’s Groove (GX) Series expansion unleashes the power of the sled to extend compact modular deployment across all optical transport layers and all types of network operators.